Janet has increasingly been asked to work with choirs on improving their sound and helping maintain vocal fitness. Sometimes she is asked to take a rehearsal, other times she will be present and offer guidance to the conductor and choir. 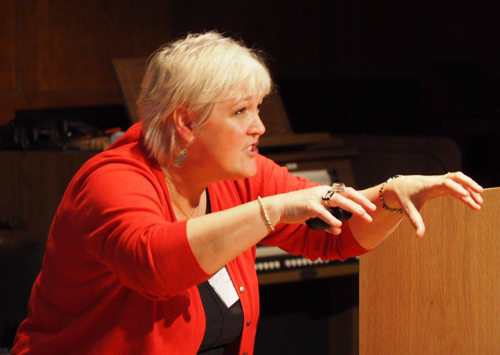 Janet has been a singing tutor with Chester Choral Week since its time as Cranleigh Choral Week. During the course of the week, Janet gives individual lessons plus a series of masterclasses for singers to try out what they have learnt.

Choirs appreciate her ability to communicate easily and gain strong rapport and conductors like her knowledge of vocal technique and her help with particular challenges such as ‘runs’ or ‘vocal leaps’. Whether it is helping sopranos sound less ‘shrill’ or boosting the male voices in a choir, Janet finds solutions which mean choirs gain confidence and sing out with renewed enthusiasm.

Janet particularly enjoys working for a whole day with a mix of targeted exercises on specific upcoming repertoire for the choir. She has sometimes collaborated with other singers to offer a more diverse approach.

Thames Philharmonic Choir regularly sets up a day of masterclasses for individual singers with Janet at the helm, raising money for charity and the choir itself and learning about what it takes to be a soloist. These days are fun, exciting and inspiring.

‘It takes a rare combination of insight, understanding, patience and humour to do what Janet does each year. I always learn so much and feel inspired to go away and get better for the following year!”

Janet is interested in the dynamics within choirs which can culminate in cohesion and excellence. In lockdown she has worked with choirs online and prepared sessions on the emotionally intelligent choir.

Alongside traditional choirs, Janet enjoys working with barbershop groups and regularly coaches Signature a leading ladies barbershop ensemble. She is also a vocal coach for the choir of Lloyds of London.

Giving a masterclass for singers at the Chester Choral Week. 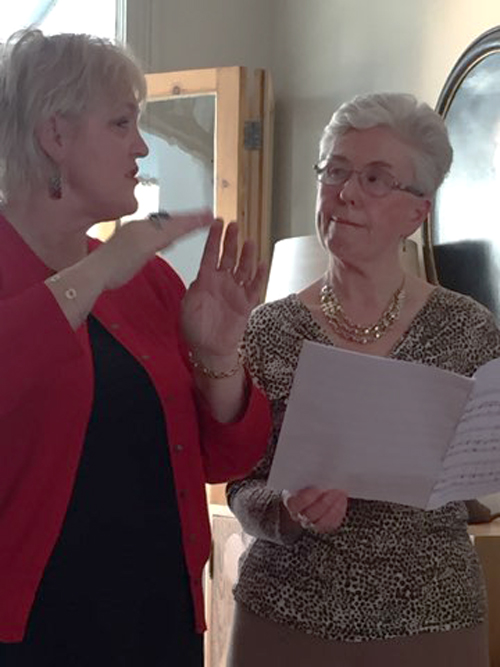 In a masterclass for singers from the Thames Philharminic Choir.